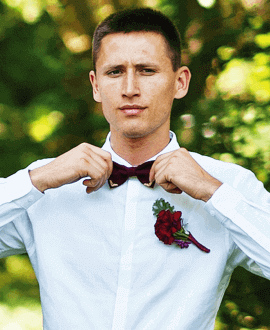 Craig is the younger brother of the bride, Ashley. Jason, having grown up with two sisters and no brother, is extremely excited to add John to the family and balance out the female/male ratio.

Craig Cooper and Quinten met in college when they lived in the same neighborhood. Quinten’s girlfriend, at the time, had a chihuahua that preferred to hangout in our backyard rather than his. After a few trips to retrieve his girlfriend’s dog, John and Quinten became friends. Note: Quinten is no longer with that girlfriend, does not have a chihauahua and is recently engaged! We couldn’t imagine getting married without you Quintina!